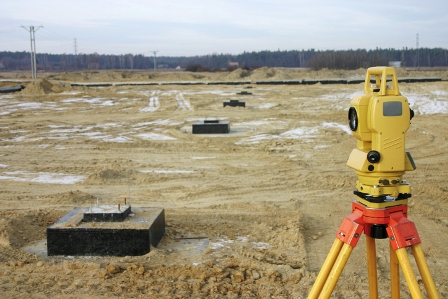 Before construction can begin on a piece of land, a topographical survey (also referred to as a land survey or ground survey) is usually needed.  This type of survey identifies and locates both the man-made and natural features on the property, giving all parties working on the job a reference point from which to start.

What is a Topographic Survey?

A topographical survey differs from other surveys in than it studies and measures the elevation of the land’s surface.  Measurements for a topographical survey are taken using both global positioning systems (GPS) and electronic distance metering (EDM).   The elevation of a parcel is depicted on the survey map through contour lines that represent the contours of the Earth’s surface and also by spot elevations at various points on the map.

Who Uses a Topographic Survey?

Engineers need a topographical survey to see the elevation of the land’s surface and to determine if there is a need to bring in or remove dirt in order to adjust the grade of the property.

Architects might use the survey to create a 3D plot of their design for a construction project.  This plot can be presented to decision makers for approval prior to groundbreaking.

If a building site is limited by significant topographical challenges, such as a steep grade, existing man-made structures or other problematic conditions, a topographical survey should be used before construction begins to ensure the proposed design will work in these conditions.

Topographical surveys are also used to make maps used in industries such as geology, petroleum, and forestry.

If your business needs to order a topographic survey, contact Votex Surveying Company at (469) 333-8831.

ALTA/NSPS surveys and topographic surveys are two common types of surveys performed on plots of land. Both surveys provide important information about the land, and each survey is useful under different circumstances. Choosing between the two depends on what you intend to do with the property since each is intended to provide specific information. ALTA/NSPS … END_OF_DOCUMENT_TOKEN_TO_BE_REPLACED